Why is it that all of the things that are so fabulous in France are not nearly as fabulous here in the U.S. or are completely unavailable? For instance,  boullabaisse: I have NEVER had boullabaisse in the U.S. that tastes like it does in France. I’ve even followed the same recipe that my french “mom” prepared for us…not the same. How about Nutella…surely it is the same. Nope…not the same without the delish french baguette. French wine…not even close….in America it has sulfites.

So when faced with selecting a look for my new hardwood floors, I, of course, should have known better than to try to replicate those beautiful, aged, gray, rich, rugged, weathered french oak floors that I grew to love in France. But I didn’t…I tried to replicate. And it almost worked. We tried to match the old and new and it was a disaster.

Time to let go of dreams…I decided that if I couldn’t have what I wanted…we’d go to the other end of the spectrum and I chose a really really really dark stain. In the end, it will look fantastic- especially with the white cabinets, wool skein walls and ticking striped accents.

I guess I will save my fabulous french floors for my house in Provence (that I’ll purchase when I win the lottery)!

Last week I had the opportunity to speak at SCPRSA and IABC’s professional development conference 2010 Connect.  It was great to connect with my PR cronies from all over SC. My presentation went well and as it turned out, we were able to have some great dialogue along with the information sharing. Thanks to everyone who attended and who shared their insights with others.

Our PRSAchapter has been struggling through these challenging economic times as professional dues are one of the first things cut. But let me just say, the quality of people who attended and programming that was offered at our meeting on Friday was awe inspiring! I was truly honored to be surrounded by greatness. All of the speakers shared wonderful insights and I walked away feeling proud to represent SCPRSA (www.scprsa.org). 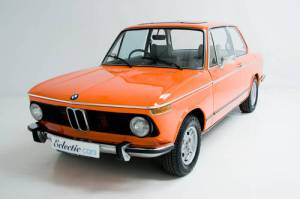 My first car was a 1974 BMW. 2002. Inka Orange. Not my first choice considering the car was older than me! And orange…..not a 16 year old girls dream car. But my Dad LOVED BMWs and he convinced me that this was a really cool car. German instructions (yes the “fasten seat belt” light was in German), four gears and a crank sunroof! We were the third owner-it was brought over to the the US from Germany by someone in the Army. We had the original brochure on the 1974 2002- featuring an inka orange model! Looking back, it really was a cool car- wish I still had it. Though that silly little car broke down all the time and I hated it. As a matter of fact, the first time I drove it to school, I rode home in a tow truck!  I swear I could have had a new car for the amount of money that Dad spent fixing it.

When I learned that the Best and Brightest celebration would held at BMW Zentrum and we would have an opportunity to go for a spin on the race track, I knew that my Dad just had to come. My honor aside, I knew he would love this!

OMG- I can’t explain what the drive was like on the race track, tires squealing, 360 degree spins, the smell of rubber burning. It took my breath away. After our lap, I begged our driver to do it one more time….and he did! This time, we blew out a tire! Fantastic.

I am so happy that I didn’t know at age 16 how steady the BMW really is! I could have gotten into some REAL trouble. Though not reliable, that little car had some fun power!

Thanks for joining me at the event Dad! I owe so much of my success to all of your love and support (and all of those cool BMWs!) 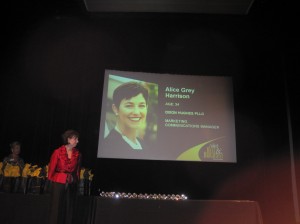